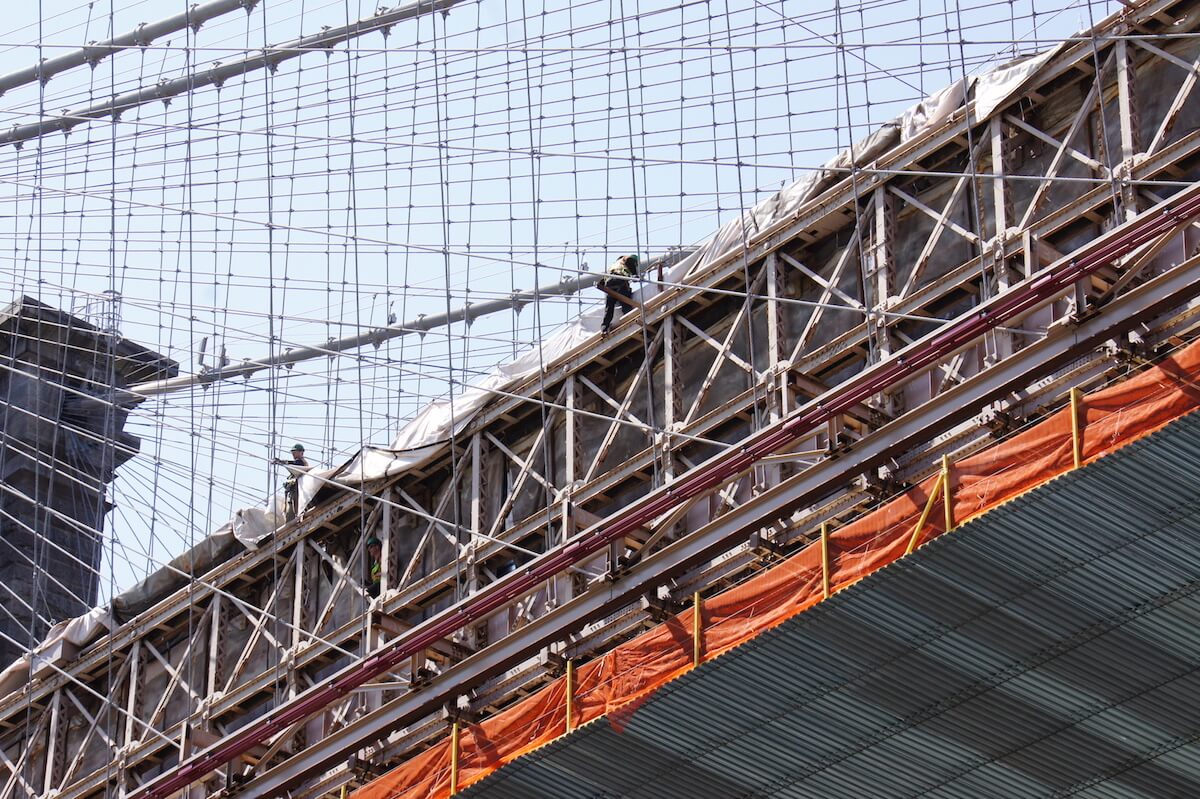 Despite its 3,455 feet in length, the Brooklyn Bridge belies a much more substantial footprint on the New York metro area. Since opening in 1883, both its pedestrian promenade and later its roadways have not only endured constant usage, but also bore witness to a wealth of events over the last 131 years.

In 2010, a $508 million renovation began, with Skanska Koch emerging as the winning bid. Woodside, New York–based Ahern Painting Contractors was enlisted to handle the massive logistics and execution of the $152 million coatings portion of the project. Incorporated in 1962, Ahern is a family business with about 200 full-time and part-time employees. With multiple major projects in progress year-round, Ahern has been recognized as a substantial contributor to the coatings industry as a whole.